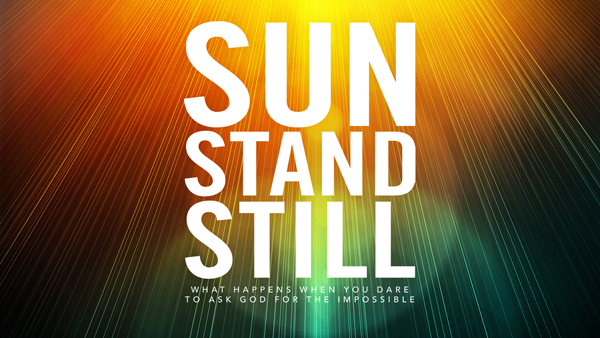 There are a great deal of pains in this life. There are burdens that seem impossible to bear. There are situations that seem like you’ll never get through. There are mountains that seem to high, valleys too low, desserts to dry and oceans to wide. That’s this life that we live. We live it every day. Day in, day out. We live the life of burden and pain and suffering.

But what if we didn’t?

We’ve heard it all before. We’ve heard that there’s more to this life, that we should set our dreams high and reach for the sky. But for some reason, we stopped believing we could get there.

Somewhere along the way, we believed the lie. And it’s been stuck with us every since.

You see, the enemy has come to steal and to kill and destroy. And he is the father of lies. But for some reason we’ve believed the lie. And even harder to believe, we’ve stopped believing the truth.

So, what if you stopped believing the lie, and for just one moment believed that the God who made the Sun Stand Still. What if the God who said “with God, all things are possible,” is telling the truth?

What happens when you dare to ask God for the impossible?