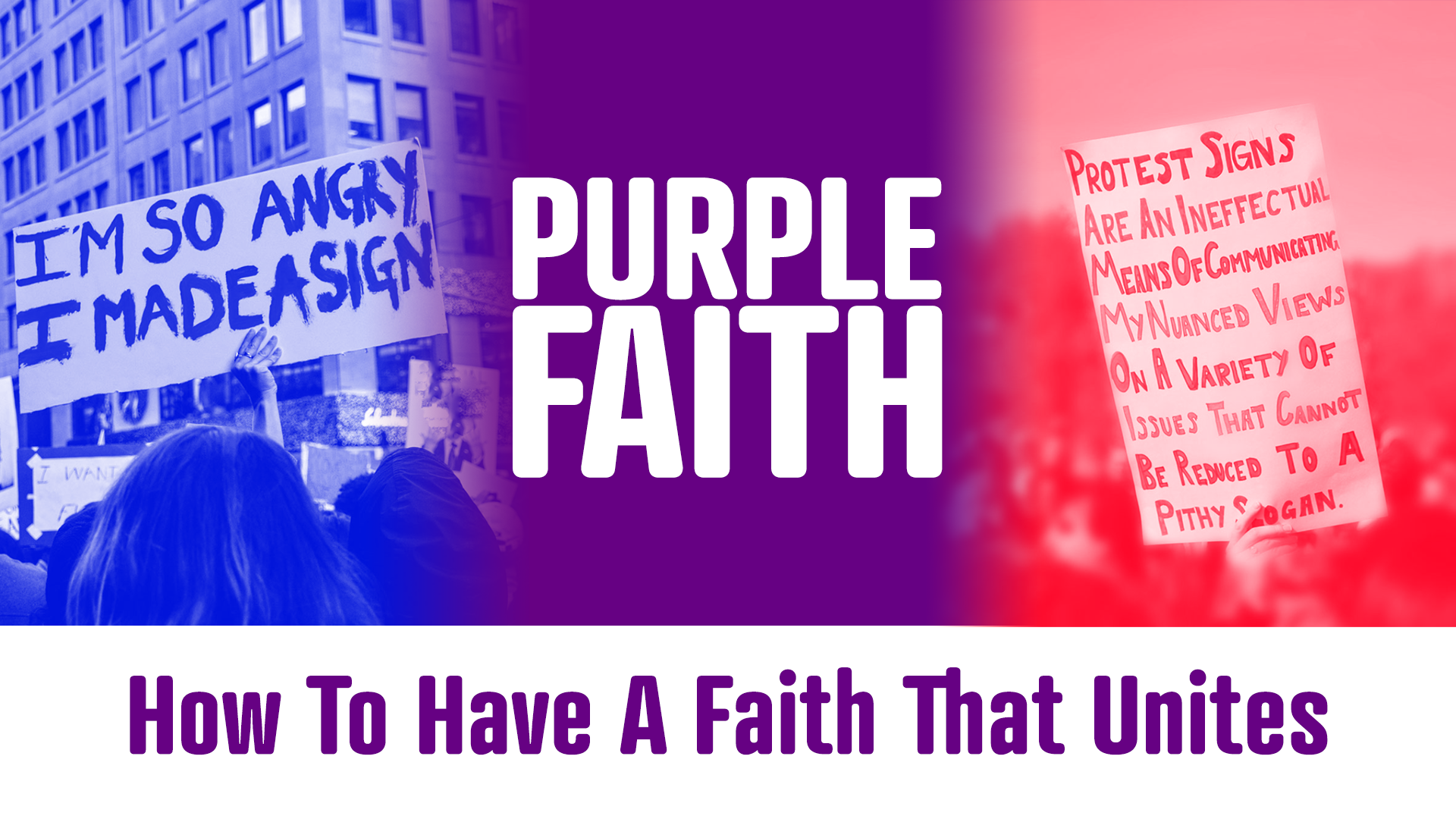 If I were to ask you to estimate how many people on “the other side” hold extreme political views, what would you guess? I mean, how many of the people in the political party opposite of you are radicals? Take a guess. If you’re a “red,” what percentage of the “blue” party do you think holds to extremely radical blue points of view? If you’re a “blue,” what percentage of the “red” party do you think believes crazy, absurd political points of view? Take a guess.

According to a study by “More in Common,” when people were asked to estimate this percentage, they got 55%. We, in general, estimate that 55% of people on “the other side” hold extreme political views. We jump to conclusions and assume that at least half of constituents of the opposing political party hold to the most radical views of that party.

We’re really good at assuming the worst of the people who think differently than we do. And all of the political leaders, talk radio shows, and 24 hours political pundits on the plethora of news channels are really good a pushing us in that direction. But what if the division we’re experiencing isn’t as extreme as we perceive it to be? What if it’s our perception of reality that is the problem?

Yes, that still feels like a lot. But it’s not nearly as bad as we assume it is. We’re off in our assumptions by at least 25%. Here’s the real question, what if we’re off about a lot more than this one assumption?

We are starting a journey at SixEight Church, looking at how we can be agents of unity instead of proponents of division. Unfortunately, a lot of Christians and even leaders of churches have been propagating division among their parishioners. We don’t do that. Why? Well, that’s what you’ll have to come to find out during this series.

We would like to invite you to join us, beginning Sunday, January 23rd at 5 pm for a new series called, “Purple Faith.” We are going to be talking about how to have a faith that unites instead of divides. We start off with a community meal at 5pm and all are welcome to attend!