Thoughts from a Higher Point of View 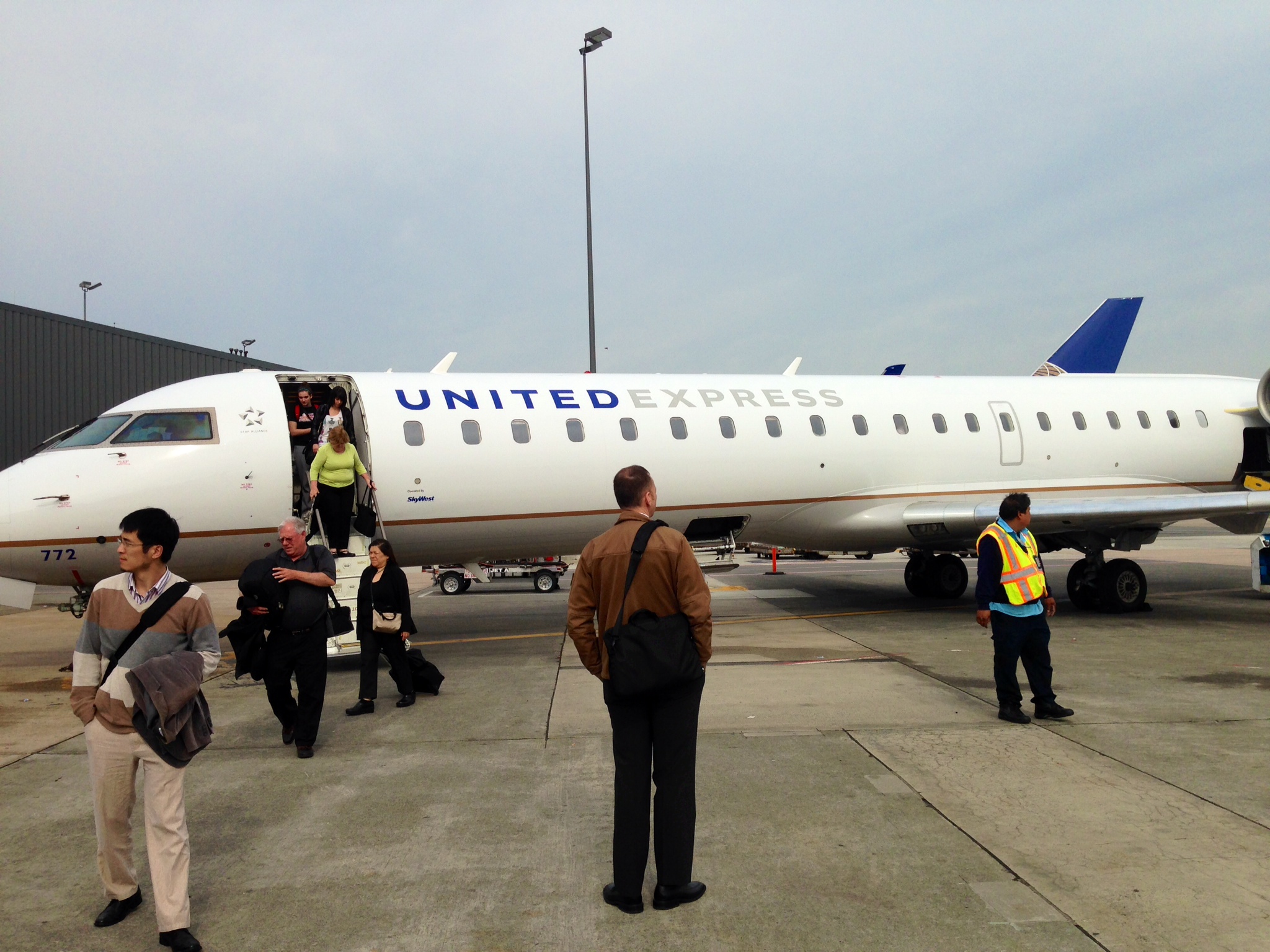 I’m currently in the process of getting back to the great Northwest from Indiana. It seems that commonly known ways of efficient travel are still something that elude major airlines. But that’s neither here nor there. What is here (I’m not quite sure how to follow up the saying “neither here nor there” since I can’t really be there because I’m always where I am) is something I’ve thought about in the past, but wanted to take just a moment to share with you.

To get from Indianapolis to Portland, I was originally going through Houston, TX. But, the needed a volunteer to give up their seat for a later flight. So, I did. And they sent me to Dulles outside Washington D.C. where I”ll catch a flight to Portland. So, I’ll be going from Washington to Washington in one day.

As our plane was making it’s descent into the airport, I started paying special attention to the ground beneath me. The plane took a hard left turn, and I found myself looking straight down on hundreds of houses, farms and cars. I could look down and see how they were all connected. I could see the towns with hundreds of people gathered together in close proximity much like a collection of veins, arteries and capillaries. Each of them having a main vein flowing in and out of them to another one.

But then, as we got closer and closer to the ground, I noticed how the tops of the mountains seemed higher and the valleys seemed lower. I could see how tall some buildings were, that minutes before hadn’t even been noticeable to me. I could see more cars, driving around in a hurried pace. I could see the hustle and bustle of a rush hour drive and people frantically trying to get home. I could see how this section of traffic would soon be frustrated as they turned the corner and stopped in traffic.

We pulled into our gate, and I could see the lackadaisical work the luggage handlers. I could sense the the relief of the flight attendant that we had finally gotten into DC. I could feel the frustration of other flyers who were concerned about making their connection because this plane was delayed.

I could hear the frustration in the voice of the announcer trying to track down the last person for an international flight. I could see the stress of those running from this terminal to the next to catch their plane. I could hear the troubles of the world being stirred up by recent terrorist attacks.

What I noticed was that the higher above the ground I was, the easier it was to see how everything makes sense. The stresses of life didn’t seem to be present. The farmer would get his work done. The driver would make whatever turn he needed to make. The rich would stay rich. It all made sense from where I was sitting.

And what I learned is this: we are all on a journey. Some going through the valley of the shadow of death, others on the mountaintop. Some are driving down a road and they’re going to have to make a choice about where to turn – without the ability I had to see where the road was going. We are all on a journey, and we’re all at different places in that journey.

And to us as we travel, it can seem like we can’t see around the bend. It can see like we don’t know the stress that is coming around the corner. What we need isn’t to realize more about ourselves to be able make it further down the road. We don’t need to know ourselves better. The problem isn’t with where we are.

We can’t do this on our own. We can’t know all the best things while we’re on the journey. We need to be pursuing Christ, who was there when the mountains and valleys were made. We need to invite Jesus into our daily lives because he created the person that created the roads we drive on, the cars we drive, the houses we live in and the beds we sleep in. We need to be reading the revealed word of God, the written plan we have for how to live.

When we stray from the plan laid out for us by the one with the best perspective, we will find ourselves wandering through forrest, not knowing which way is going to lead us to the path we want to be on.

Let me ask you, are you being your own perspective or are you leaning on the everlasting, overarching perspective of the God of the universe?