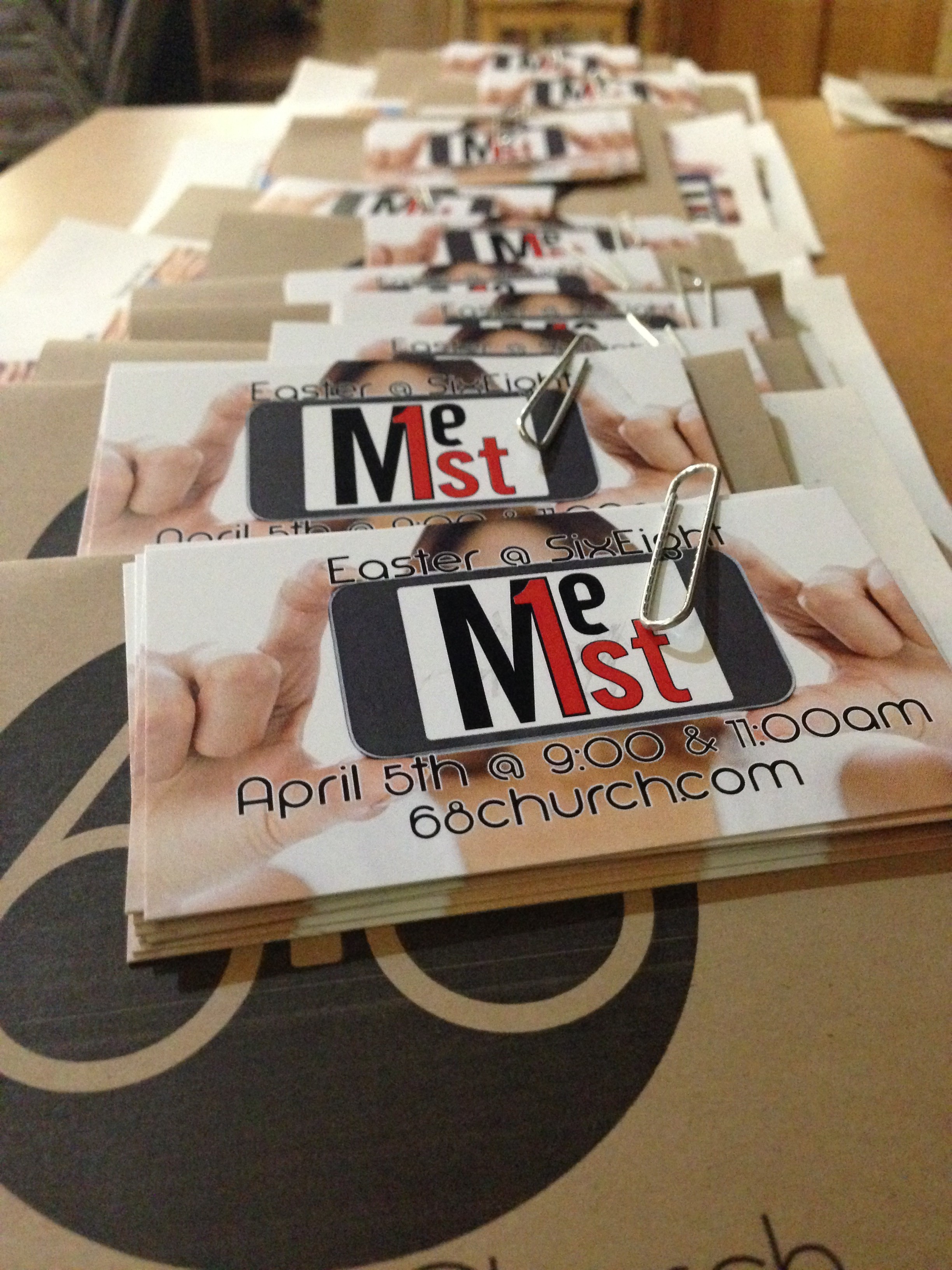 In case you haven’t figured it out yet, Easter is a big deal to us. Correction, HUGE deal. Wait, still not right, It’s the biggest stinkin’ deal for all of mankind. Still doesn’t quite express it, but we’re getting closer.

Easter is important. Without Easter, all we have is a meaningless religion. If Christ didn’t actually come back from death, Christianity is no different than any thing else. Because just like all the other religions, our God would be buried in a grave somewhere.

Our savior lives! And not only that, he sent his presence to dwell among us. So our faith is not in some intangible presence that exists outside our present reality. Instead, our faith is in the God of the universe alive and at work in each and every one of us. I know it sounds crazy. Maybe even creepy. But, it’s amazing. It’s what makes following Christ more about relationship than ritualistic religious behaviors.

But, there’s a sad part to this story. At least as it exists today in the Pacific Northwest.

42% of people living in our state claim no religious affiliation. That leaves 58% of the population who has some sort of faith, which includes all other religion, not just Christianity. The number of people who have an active, faith-based relationship with Jesus Christ is below 20%.

This means that there is a good chance that at least 80% of the people we encounter on any given day as we’re walking around, going about our normal lives don’t know or don’t believe in the resurrection of Jesus.

Those who know and don’t believe, we pray and hope for the opportunity to live out our Christ-centered lives in front of them. Maybe we will earn the chance through investing in our relationship with them to share about this Christ we know and love.

But, hold on, we’re not done quite yet…

As you’ve heard me say, only about 5-6% of the people who find Christ and plug in to a local church do so because of the Pastor. That means, if it all comes down to me, David, the man who is blessed to be the Pastor of such an amazing Church, we will only grow by 5-6%. Probably less. (That means this year, we would – at best – grow by about 5 people.)

On the flippity flip, somewhere around 80% of people who find Christ and plug in to a local church, do so because they are invited by someone they already know. (This means we could grow by 80 people this year!!!)

And one more number, 82% of people who are invited to an Easter service will attend. That’s a pretty big number. It may be bigger or smaller in our context. I don’t know for sure. But, those are pretty good odds. 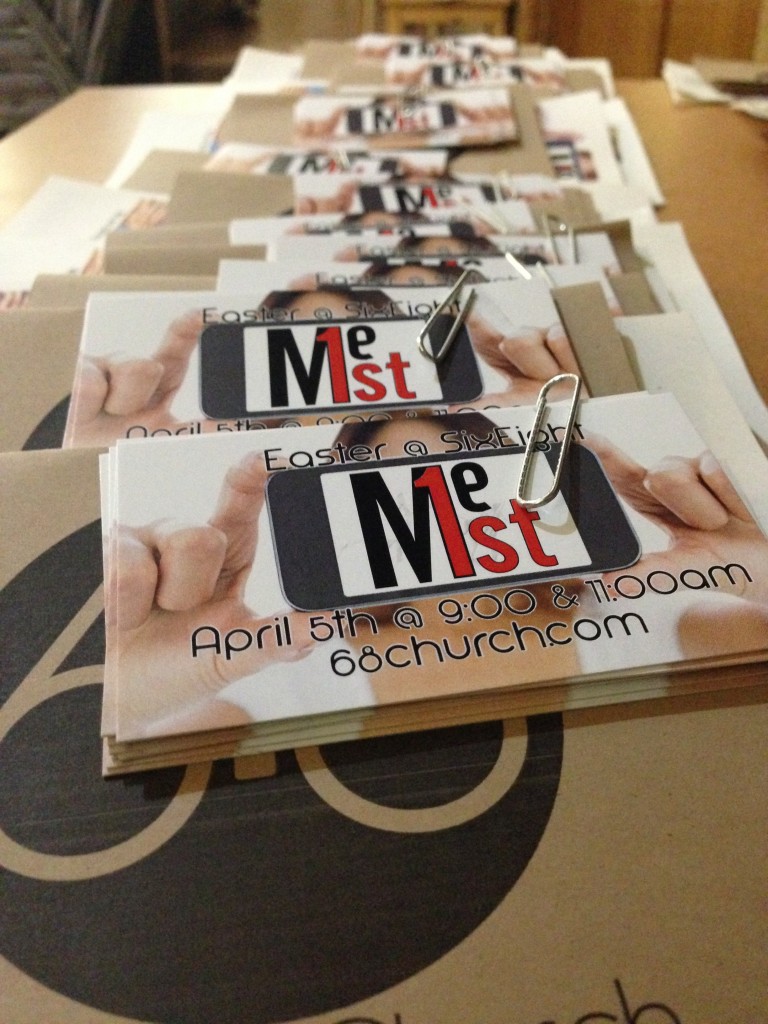 Close to 100% of people who aren’t invited, won’t attend. A few will come because of the mailer and advertisements we do in the community. And we are tremendously grateful for that. It makes it worth whatever it costs to do that. But, there are too many people around us who don’t know about Easter yet.

And they need to.

Will you help us get the word out? We still have 15 Invitation packets for you to take this Sunday to start inviting. They come with 8 invitations, 8 fliers and 8 follow up notes. It’s a pack that gives you everything you need to invite someone. A small invitation, a flier that has both Easter & prEaster on it (as well as an explanation of all our ministries), and some notes to send to them after Easter to thank them for coming.

Will you help us change the lives of 680 people? We need your help, because we literally can’t do it without you.