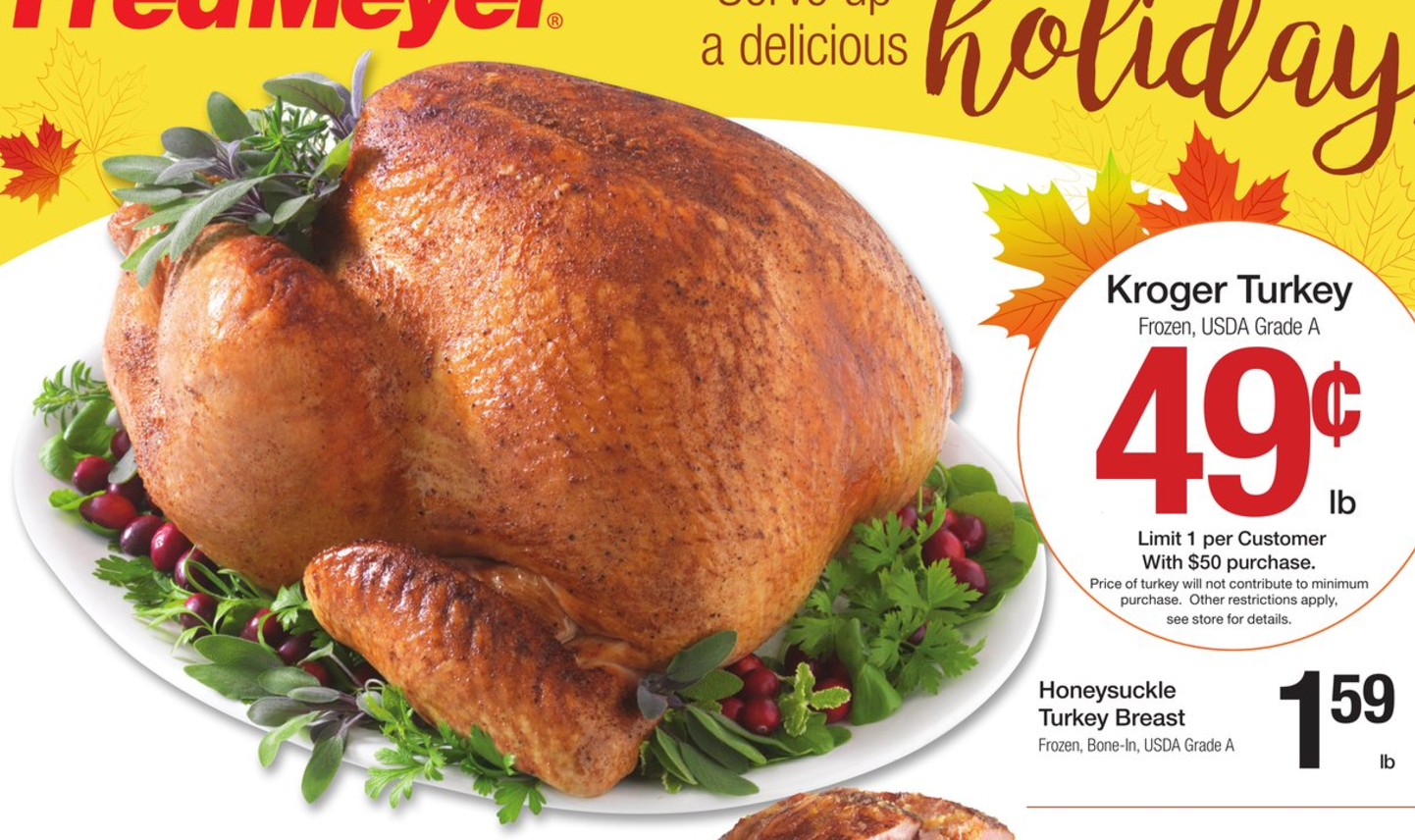 Well, it’s almost here! Thanksgiving is a week from tomorrow and our Tons of Turkey distribution is less than a week away! That means, there are a lot of good deals going on around town that you can take advantage of to help provide a turkey for a family in need this Thanksgiving.

Below, I’m going to list some of the deals, starting with my favorites. I’ll do my best to cover them all, but some of them just aren’t very good.

The #1 deal is Albertsons! (Maybe) They have a buy one get one free deal going on, but I don’t know the price of the turkey. So, if the per pound price is good, it’s the best deal. Because the minimum purchase price is only $35.

The #2 deal is Safeway! (With the exception that you have to spend $100 on other stuff.) It’s 29 cents per pound. So, if you’re going to spend a hundred bucks at Safeway, that’s the best deal around. If you’re not, you can check out some of the other deals. 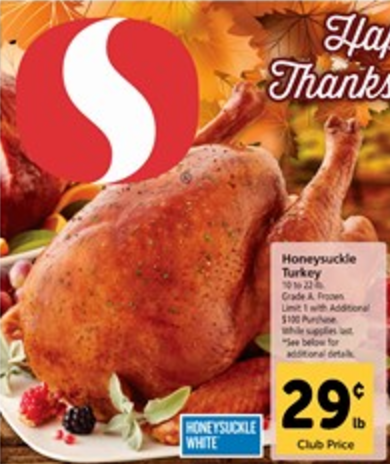 Next up is Winco. You can get a turkey for 48 cents per pound with a $50 purchase. And the price of the turkey does count toward that cost, where Safeway’s and Fred Meyer’s doesn’t.

After that is Fred Meyer. Who is actually somewhat competitive this year. In years’ past they were too expensive to even be considered a deal. Their deal this year is kind of a combination of the Safeway and Winco deals. This year you can get a turkey for 49 cents a pound with a $50 dollar purchase. But the price of the turkey doesn’t go towards the required $50. 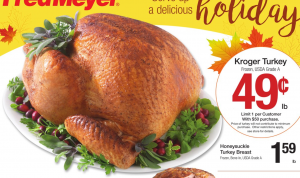 Bringing up the Caboose is Wal-Mart. Their turkeys are $1.78 per pound. Unless that has changed, I just wouldn’t buy a turkey from Wal-Mart.

I don’t know Grocery Outlet’s price for turkey. I think they were doing a similar kind of deal where you get a good price with a minimum purchase. If someone knows what they’re doing, let us know and we’ll publish it!

If any of the above information is wrong, feel free to leave a comment on this post, and we will update to the most current sale price!