When I am weak, then I am strong 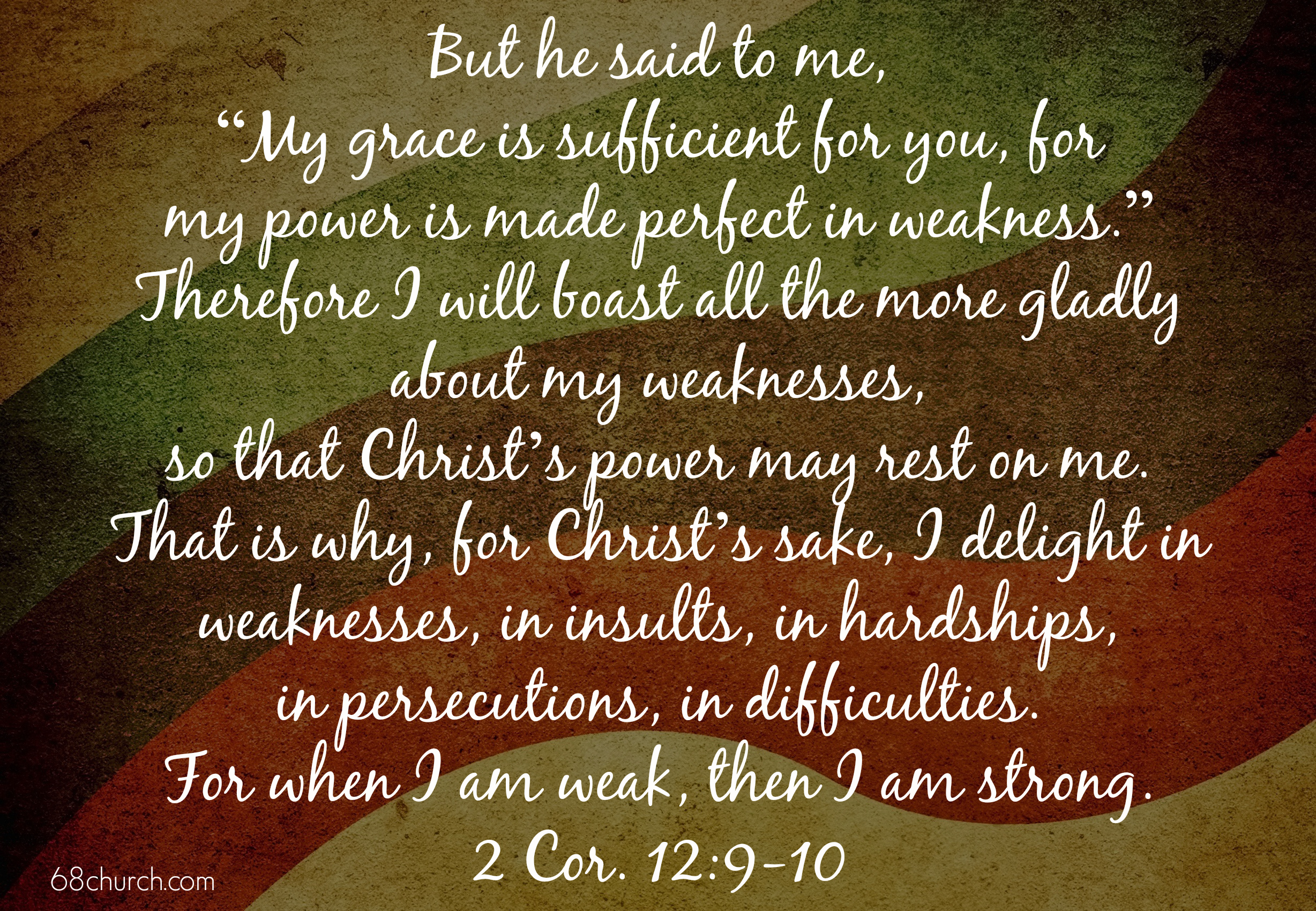 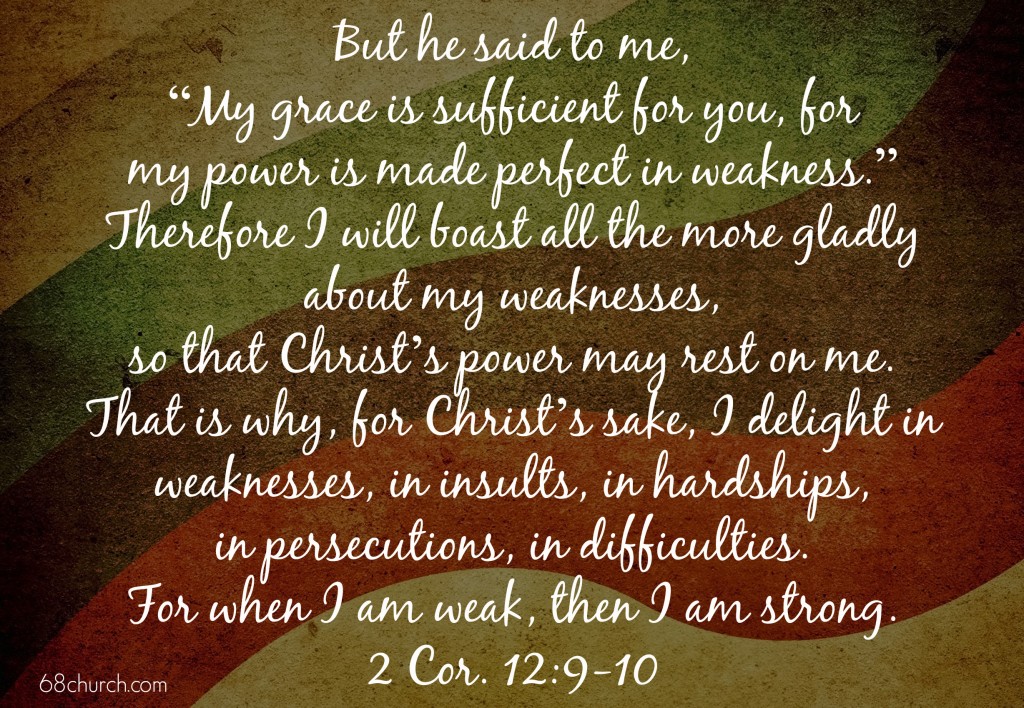 For most young boys, there is a desire to be able to fly, turn invisible and gain a super strength with which we can rule the world. Judging by the success of many of the comic-book themed movies lately, this isn’t a fantasy that dies off when we go through puberty. There is a desire within us to want to be strong and have the power within us to be John McClain, fighting of cyber terrorists. Not because we want to, but because there’s no one else doing it. And that’s what makes us that guy.

I used to look at some of the people I thought were saints and wonder how they were able to live the kind of life they lived. They seemed to have a power I didn’t have, a super power that had been bestowed on them from on high to fight the deeds of darkness. And I would be jealous of their strength and want to know how I too could live in that same strength.

However, what I am coming to learn is that these aren’t people who have been given a super power, but instead they have come to recognize their super weakness. Those I know who appear to be strong are those who aren’t trying to be strong on their own power, but have recognized their weakness and and resting in the power of God’s grace to give them the strength that they need.

Let me encourage you today, wherever you find yourself – whether you think everything is going well and you are doing fine living by your own strength, or you find yourself going through a trial you didn’t see coming and can’t see any way through – rest in the power of God’s grace and stop trying to be strong.

The truth is, none of us are strong. We’re all weak. And we all just look like idiots when we pretend to have strength enough to handle the trials. Instead, let’s all boast in our weaknesses, in our hardships and insults, in our persecutions and difficulties. Not so we can show everyone just how rough we have it. No. But to show the world just how amazing our God is.